“My Client’s Success Is My Golden Rule!”

Know This Rule When Buying Land!

By: Leo A. Swoyer
In: Denver Mountain Neighborhoods

Overbuilding and underbuilding land for a new home may result in a bad investment. Know this basic rule before buying land for new homes.

This rule is a common benchmark for single-family home construction and which varies somewhat by location and whether market prices are increasing or declining. Seasoned builders understand this relationship since it’s an important factor in maximizing the profitable use of land for new homes. It could also be described as the “Three-Quarter Rule” when describing how much money one invests into building a home on the land relative to the total value of the property when land and home are valued together as completed.  The land is typically about one quarter the total value of the land with a new home on it.

I learned this relationship while working as an appraiser but I’ve seen the bad effects of not observing this rule by some homeowners as both an appraiser and real estate broker/agent – I describe those below.

Most land buyers are out looking for land in early Spring. The building season up in the mountains west of Denver is shorter given the very cold winters and the ground often freezing hard by November. In these mountain neighborhoods, the towns of Bailey, Conifer, Morrison, Evergreen, Idaho Springs, Black Hawk, Nederland, and Granby can receive snow as early as the first week of September and have frozen ground by late September to mid-October. Many of these buyers are planning to acquire land and have a foundation poured before October. A good reason to get the foundation done before winter settles on the building site is to avoid paying more – the process to keep the concrete from freezing while it is curing, and excavation costs may increase if the ground has frozen. If cold weather hits, it’s better to have a snow cover since it acts as a blanket to hold heat in the ground and foundation once poured.

The market value of the home built on the land is supported and created by the land like the roots of a tree support the weight of a tree – Having too much tree for the roots is often a bigger problem than having too much root for the tree. Too much root for the tree is common in older subdivisions where land values have increased over time – not surprisingly, the market response is to increase the value of the house through a variety of updates and remodel. 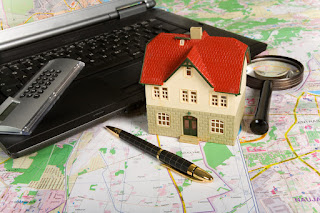 This rule/ benchmark for new single-family home construction does vary somewhat in different areas, but overall the 25% land value to 75% value for the attached improvements (the home and other amenities you build on it) is a fairly common relationship to optimize the use of single-family zoned land.  Where this rule deviates most are areas that have very low land values or very high land values, so it’s best to know what is appropriate for the neighborhood at the time to build. Also, if the neighborhood values are projected to rise significantly in the future, one may intentionally overbuild the land somewhat if one is not expected to sell the home until some significant time in the future when the land value has increased.

One needs to get a good understanding of the building costs before consummating/closing on a purchase of land.  I recommend getting a cost estimate from a builder/architect.  Architects charge about $5,000 to $10,000, or more for drawing up plans (blueprints and elevations), and specifications (the materials used to build) – the cost of these depends upon the complexity and size of the proposed new home.

Normally, new home buyers are working within a fairly well-defined budget determined by a lender’s loan approval – so the land cost will need to be “reined in” but it can’t be too limited either – the point of this post.  When contacting an architect/builder for estimates, it’s best to have a specific parcel of land in mind since the cost to build will be influenced by the topography, access, the soil quality, among others. Given plans can take up to 10 weeks or more to obtain; it may not be practical not to have the land under contract during this due diligence, since so it may sell to another buyer in the meantime. It is possible to discuss a purchase contract with the seller that is structured to protect the buyer should the cost of the land not work within the total budget while the buyer retains the right to the earnest money; however the seller may or may not agree to it. Otherwise, one can proceed with the estimate using a particular land parcel as the “goal” of what a future land acquisition will look like in approximate location, topography, and access.  Once the plans have been drawn up, the benefit will be to know the money available for the land purchase.

It’s attractive to save on the land value portion of the property and use that savings to get a bigger or higher quality build for the improvements; however, there is a limit to this which, if exceeded, will greatly risk over-building the land. The opposite problem is under-improving.

While the priority in purchasing a single family home is often more about subjective comforts, utility, schools, and lifestyle, a primary residence is often the greatest investment a person or family will make and so the investment aspect of building a new home should be a factor in decision making. The importance of resale value should be more apparent knowing the average person will sell their home every 7 -10 years (which means many will be selling much quicker!). These unexpected moves are often caused by a life-changing event; such as a change of employment, marriage, divorce, etc.

Therefore, it would be wise to anticipate the future marketability of your home sooner than expected by not focusing entirely on your own needs and wants for utility and design but rather giving importance to what the majority of buyers are seeking in your neighborhood and incorporating these “popular” elements into the overall plan.

Welcome To My Denver Neighborhoods Blog

Why do I write this blog?

Answer - I enjoy writing and helping others, which I can accomplish with this blog.

From the perspective of being in my 60's, I do recall being somewhat unprepared for buying my first house in my mid 20's, but I have learned quite a bit since then I'm happy to share.

The "helping" part of the blog is when I relate useful information to you that I have acquired over the years. I gained valuable knowledge licensed in real estate appraisal, beginning in 2003 and then in my own business as a certified appraiser. Since 2014 I've worked as a broker/agent, and my experience in homeownership dates back to the mid-1980s, which includes about eight years of managing a couple of rental units.

You can read the information herein freely, knowing I will not be calling you or emailing you later - unless you request me to reach out.

Please note the views and opinions expressed herein are my own and do not necessarily reflect those of Resident Realty.

Exploiting the Speedy iBuyer – When To Use

Exploiting the iBuyer – When to Use To consider an iBuyer prudently, one needs to know (beyond the sales pitch) what they have to offer, the approximate cost of what they offer, and different ways they make money from acquiring your property. Providing an overview is the purpose of this

Why Should “Selling” Help Buyers Choose Which House To Buy? My perception tells me the public sees the stereotypical real estate agent as primarily a salesperson that used to sell cars, and it doesn’t matter if they are working as a listing agent or buyer’s agent.  They work primarily for

Relocating to Colorado to Buy a Home? – Check For Home Hazards.

Home hazards in Colorado are both human created hazards combined with geological hazards and soil instability.  RADON – Radon is a common radioactive hazard for the interior of homes in Colorado that should be checked and mitigated if necessary due to naturally occurring uranium underground; particularly, in the mountain areas.